An evening at the White House with President Trump

Highlights were getting to speak directly to President Trump and hearing him give me a shout out at the Reception!

There are momentous occasions that impact you in a big way. This was one of them. I already planned to attend the African American History Month Reception after receiving my invite earlier in February.  It was a welcome surprise to get a surprise invitation to the Oval Office to meet with the President for an hour or so before the Reception was to begin.  I accepted and made plans to be at the West Wing screening entrance a bit early.

When I arrived and cleared security I made my way to the West Wing.  We were ushered into a plush reception area and offered coffee or water to drink.  We caught up with each other, I last saw many of the people there at the Blacks Voices For Trump launch November 8, 2019.

After a bit, we were asked to surrender our phones and guided down the hall to the White House Briefing Room. The Briefing Room is spacious with an enormous conference table and comfy armchairs. Name tags at each place showed us where to sit. After a few moments of chatting, I realized that the only space with no name tag had to be where the President would be seated and that I was directly across from him next to Alveda King on my left and Jared Kushner on my right! (What an honor!)

After a bit, staffers began to enter, Katrina Pierson and Jared Kushner came in and greeted us by name shaking our hands and thanking us for coming. They then took their seats.

As Dr. Alveda King and I discussed what a blessing it was to be in that space together with so many wonderful Godly people, Rochelle Hardaway of Diamond and Silk sweetly asked everyone to “Take a moment to breathe it all in. The President is just on the other side of that door and we will sit with him shortly.” We all agreed that being in that room together was special and that God was so good to allow us the moment.

Then the door swung open and President Trump strode in. He greeted us all and sat down. After a minute or two of settling down, he invited the media in. You can watch what transpired (my comments start at about the 6:00 minute mark.)

I was smiling at Deneen Borelli as the President complimented her profusely for her amazing contributions and support of his Administration. 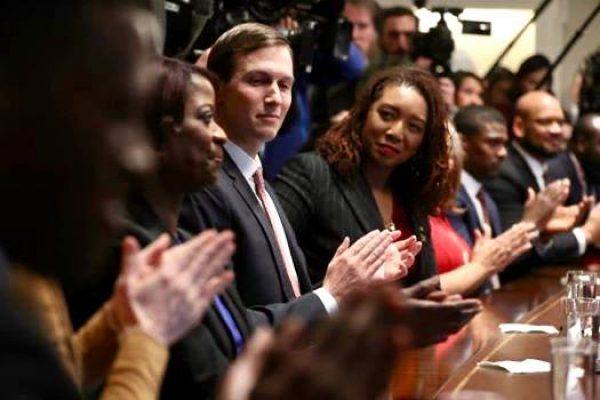 One of the highlights was Bruce Levell making extended remarks detailing his time supporting the President and how awful mainstream media has been to the whole time.

After each of us spoke to President Trump and he spoke at length, Dr. Alveda King asked if we could pray for the President, he was happy to have us gather around and lay on hands… 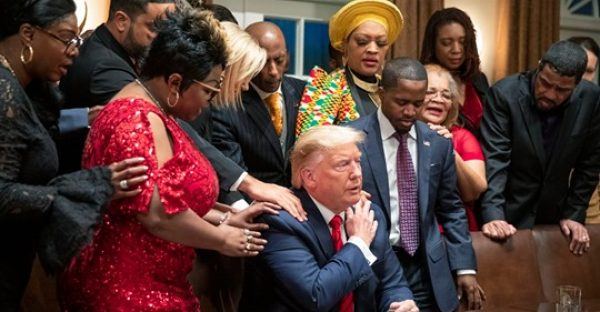 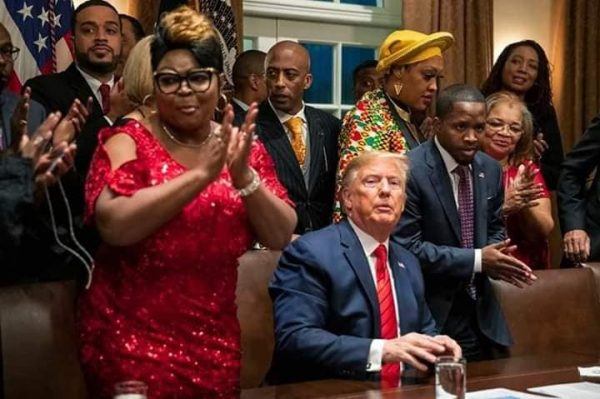 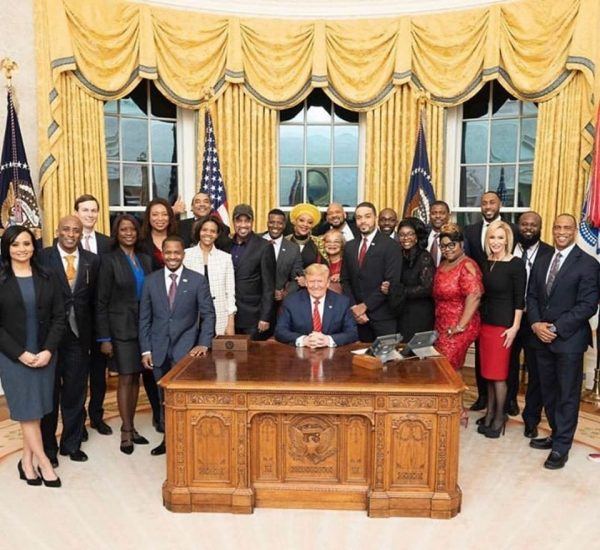 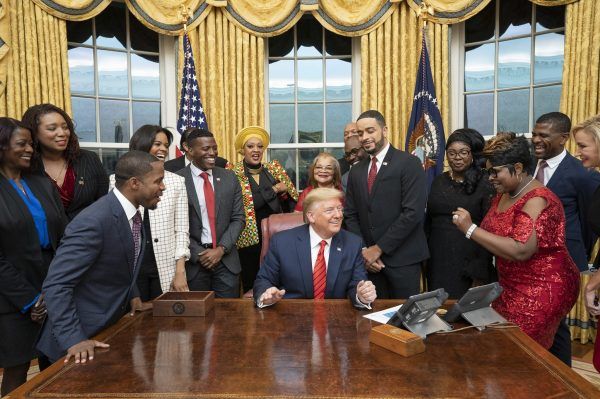 After we took our official White House photo in the Oval Office with President Trump, we made our way down the Collonade to the East Wing for the Reception.

Here are the President’s remarks (he gives me a shout out at 16:00) which was totally unexpected!!! President Trump said, “And somebody that really is special and an incredible woman: Stacy Washington.  (Applause.)  Thank you, Stacy.”

I am so grateful to have had the opportunity to speak directly to President Trump even for such a brief time. Let’s devote ourselves fully to praying for him regularly and re-electing him for four more years.

Why are these things happening??