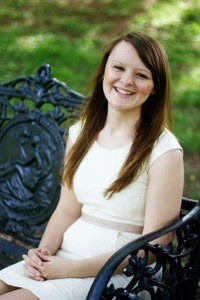 While Christians in the US have the freedom to attend church every Sunday, read their Bibles and publicly live out their faith, the Islamic State of Iraq (ISIS) is slaughtering millions of believers daily and plans to kill every single Christian by Saturday if they do not convert to Islam.

Breitbart reported that When the US invaded Iraq in 2003, there were at least 1.5 million Christians in Iraq. In the last ten months, with the emergence of ISIS, that number has dropped below 400,000.

Christians lived in the area well before Muslims however, ISIS has begun to paint “N” for Nazarene on the doors of those who are still alive and claims to kill them if they do not convert. The US has not intervened and is sitting back and letting this tragedy occur.

Individuals, who have claimed to follow Christ, have had to endure many hardships. During Biblical times, men and woman of the faith were crucified, slain and beaten to death for their faith. During World War II, millions of Jews were killed in gas chambers because of their faith. Modern day Holocausts should not exist anywhere in the world today.

Expert Dr. Gorka explained to Breitbart that over the last 20 years the US has helped defend Muslims around the world,  “Whether it was to save the Muslims in Bosnia or the Albanians, Kosovars, and Muslims in Serbia, it is now time for a humanitarian operation to save the remaining Christians in Iraq,” he said. “It is time for the American people and our representatives to do something for our co-religionists remaining in the Middle East.”

Perhaps the US has not intervened because we have become complacent as a nation. If it is not happening on our own soil, then we do not care about millions being killed. Even if it did happen on our own soil, would anybody care or would they sit back and watch because Christianity has even begun to dwindle in our society? When does the complacency stop?  Picture the screams of the innocent infants and children who watch their parents being murdered because they believe in God. Imagine the young mother clinging to her baby in the burnt rubble of the place she once called home.

When did man become the one to decide who lives or dies? Did it begin during the Bible days, the Jewish Holocaust, or has man always been evil? We need to band together as conservatives and Christians and pray that those who share our faith can remain strong and not falter even though it will become extremely difficult with each passing day.

Melissa is a recent graduate of Liberty University where she earned her Bachelor’s degree in journalism. When she was a student, she was actively involved with writing for the marketing department at Liberty, the student run newspaper the Liberty Champion as well as freelancing for Lynchburg Business. Melissa will be interning with the National Journalism Center in Washington, DC this fall, after interning with the Stacy on the Right Show Radio Program.