This is your weekly dose of Thomas Sowell. Because if every American read and understood the great economist, we would still be operating as a Constitutional Republic instead of the Imperial Edict of Obama.

“Three-fifths to two-thirds of the federal budget consists of taking property from one American and giving it to another. Were a private person to do the same thing, we’d call it theft. When government does it, we euphemistically call it income redistribution, but that’s exactly what thieves do — redistribute income.” 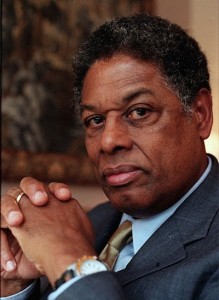