You Don’t Own Me:

How Real Life Brought Me Home to Conservatism

You asked and it’s finally time!! My first book entitled, “You Don’t Own Me: How Real Life Brought Me Home to Conservatism” will be available on bookstore shelves on January 15, 2021. But you can pre-order your copy now! All preordered copies will be autographed!! Click below to place your pre-orders: 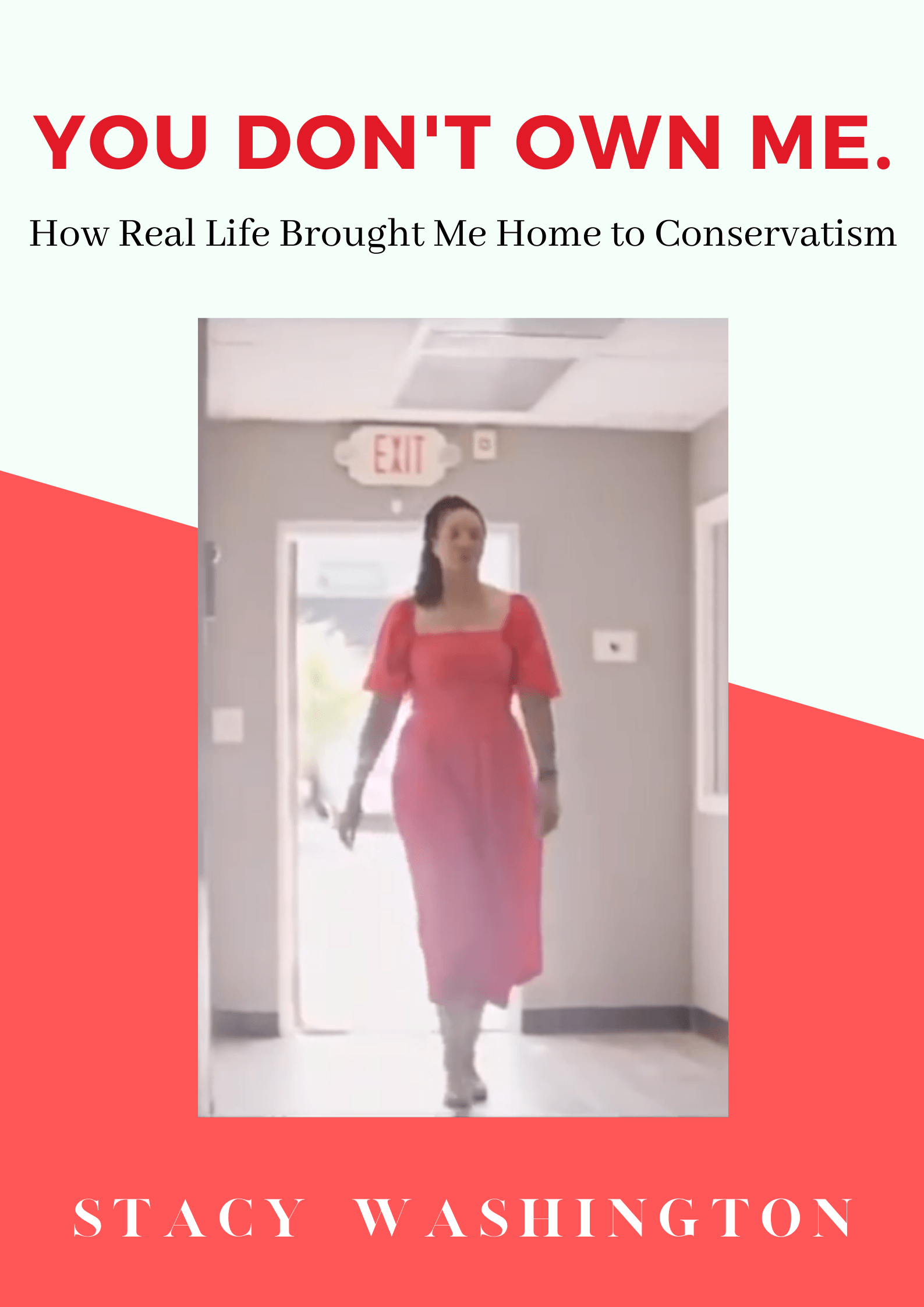 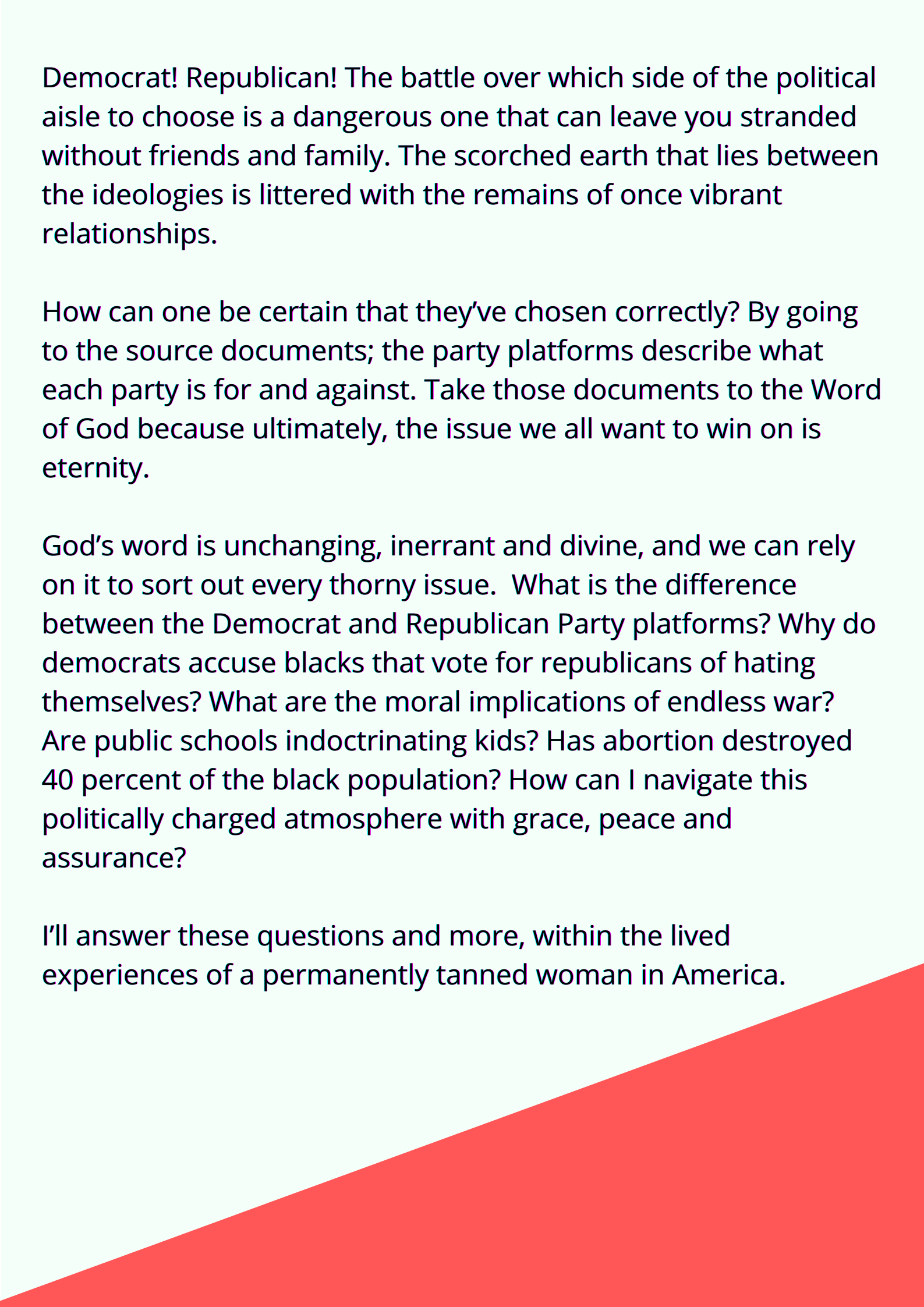 Most of our national conversation has been overtaken by an obsession with government and activist groups attempting to eradicate hatred. Consider what one of the greatest inventors of our time had to say about that sad heart condition: “When our thoughts – which bring actions – are filled with hate against anyone, Negro or white, we are in a living hell. That is as real as hell will ever be. While hate for our fellow man puts us in a living hell, holding good thoughts for them brings us an opposite state of living, one of happiness, success, peace. We are then in heaven.”[i] – George Washington Carver

What would the great inventor George Washington Carver think of the rioting and injustice filling up the streets of America today? What would he think of the weapons grade histrionics on full display by the Democrats mob action arms Antifa and Black Lives Matter? Would a man who lived his life free of resentment or vengeance join other Democrats in ignoring the violence? We will never know. But in studying the life of George Washington Carver we can surmise that were he alive today, his peaceful demeanor and obsession with learning and helping the poor would be the primary focus of his days.

So why begin with thoughts of the greatest botanist to ever live and work in our country? I thought of him when asked yet again why I plan to vote a second time for President Donald J. Trump. The “why” is of supreme importance. My written explanation is a long time coming; a few years back when I was a conservative opinion columnist for the St. Louis Post Dispatch, my editor asked me to pen a column explaining why I voted for Trump. He was elected but not yet inaugurated and I’d written a column presciently describing how the Democrats would not accept his election.

I could never have guessed just how right my prediction would be. Three plus years on and it appears the Democrats will never actually accept Mr. Trump’s legitimacy.

The column ruffled a lot of feathers and drew sharp criticism from the papers leftist readership. After reading the hate filled responses, I decided I would never write about what drove me to vote for President Trump, no reason would ever suffice or placate the opposition. This refusal became a divisive thorn between the editor and me, he would never get over the fact that I would not “explain in detail why I voted for Trump.”

I have gone on to explain in detail for hours on end on national radio, local radio, international television, and on local stations my reasons for supporting the President. Now that it’s presidential election time again, I find myself happily serving on two campaign coalitions, as an advisory board member of Veterans for Trump and as a co-chair of Black Voices for Trump.

This book could never enumerate every single accomplishment the president has made on behalf of Americans. But it will provide a detailed argument in support of the best non-politician to serve as president in my adult lifetime. America is burning because Democrats have never and will never accept their 2016 election loss. The rest of us must move on without them. Let’s explore just how we do that.