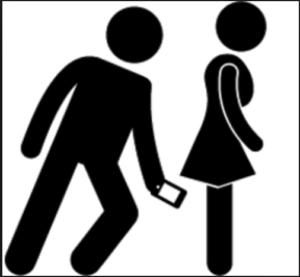 [1]It’s not a coincidence that Target Stores has gender free changing rooms and the lax policy of admitting any person into the bathroom of their choice requiring literally no verifiable justification.

Target stores appear to be a haven for perverts and sex offenders of every stripe.  In case after case, men assault women and girls in the stores while shopping and in the restrooms.  Target doesn’t appear to have any additional security measures in place to lessen the number or severity of attacks in their stores.  Also of note is the absence of Gloria Allred, self described feminist, in the media calling for better security in Target stores.  Perhaps Allred isn’t interested because there’s no money in the actual defense of victims of sexual crimes.

Below is a list of incidents [2] that occurred at Target Stores around the country.  Judge for yourself if they are doing the right thing for women and girls by choosing to accommodate the whims of mentally ill activists. Also added are incidents that occurred in other stores and restaurants.

NBC Chicago [8] reports that the crime took place on Sunday when a mother, who wasn’t named, was with her young daughter in the women’s restroom at the Target store in the South Loop. Chicago police say that the man pushed into the stall with the little girl, exposed his genitals to her, and then left the bathroom.

A man is accused of choking an 8-year-old girl until she passed out in the bathroom of a restaurant in Chicago’s South Loop.

The girl was with her mother at the Jason’s Deli in the 1200-block of South Canal Street on Saturday, police said. The girl and her mother were inside the restroom separated by stalls around 1:15 p.m.

Matthew Foerstel, 26, faces felony charges for invasion of privacy in the second degree and unlawful possession of a firearm.

The Brentwood Police Department arrested Foerstel on April 23 after he allegedly held a camera phone under a dressing room door while a female shopper tried on swim suits at the Target store in Brentwood.

An officer went to Ranken Technical College to place Foerstel under arrest and reportedly found him in possession of a loaded handgun.  In 2013, Foerstel was convicted of invasion of privacy in St. Charles County for “knowingly and intentionally” filming an 11-year-old girl while she was partially nude inside a department store dressing room.

Police have arrested a man accused of exposing himself to a 9-year-old boy in the bathroom of a Target store in Cedar Park in February.

Roel Anthony Vasquez, 27, was charged March 24 with indecency with a child by exposure. No one at the store could identify who he was when the incident occurred, so police asked for help from the public by releasing pictures of the suspect from store surveillance video in March. [12]

SOUTH BEND — South Bend police [14] are looking for a man who performed a sexual act Monday afternoon at a Target [15] department store at 1400 E. Ireland Road, according to our news partner ABC57 [16].

A 16-year-old girl was shopping at the department store when a man approached her from behind and performed a sexual act on himself at about 2 p.m., police said. The man got away, and police are still looking for him.

He’s a heavy-set white man in his 20s, police said.

San Diego police are searching for a man accused of sexually assaulting a woman in the aisle of a Target store in San Diego, pestering her for a date before reaching under her clothing to grope her.

The San Diego Police Department (SDPD) says the incident – being investigated as a case of sexual battery – happened around 9 p.m. on Halloween at a Target located at 5680 Balboa Ave.

A Jefferson man arrested on Friday after police said he followed and then touched a 12-year-old girl and a 13-year-old girl in separate incidents could face “multiple” child sexual assault charges, a prosecutor said in court Tuesday.

Benjamin J. Cooper, 38, was jailed on $5,000 bail after appearing in court. Assistant District Attorney Stephanie Hilton said charges against Cooper are expected to be filed Wednesday.

ROCKAWAY [20] — A borough man has been accused of sexually assaulting a five-year-old boy and trying to kidnap another in the past two weeks.

A 46-year-old man was arrested Saturday in connection with a sexual battery incident, including allegedly grabbing an employee’s buttocks, inside a Target store in Ventura, police said.

Aaron Carter, of Ventura, was reportedly making sexual comments and gestures to several female patrons around 9:33 a.m. inside of a Target store, located on the 4000 block of East Main Street, according to the Ventura Police Department.

He then reportedly grabbed the buttocks of a female employee, a 65-year-old whose name was withheld, police said.

On Tuesday, St. Louis City Police confirmed that they are investigating the sexual assault of a 13-year-old female inside the Target store on Hampton Avenue in south St. Louis Monday night. Police say the suspect walked past the victim, squeezed her buttocks, then walked away. The girl told a relative and police were called.

Hanford police responded to the store on North 12th Avenue on Wednesday after an employee found the camera in the family restroom. They say the camera was concealed with toilet tissue and had a red light illuminating before the employee turned it off. Officers say the camera didn’t record anything but it did stream live video.

SACRAMENTO -Police say Elue Palmer, 20, had been detained by Target staff for shoplifting. But as officers investigated the scene, a woman came forward and said the man had sexually assaulted her in the store.

Palmer was booked into Sacramento County Jail on charges of sexual assault, burglary, and false imprisonment.

Police responded to the store at about 2 p.m. Saturday on a report that a man had smoked PCP in the store’s restroom, then approached several female victims and assaulted them.

A Six Mile man accused of taking pictures and video of people using the restroom at Target has been arrested, according to Anderson police.

According to the incident report, police were called to the store on Thursday where one victim said the suspect had a cellphone positioned under the stall to capture video of men at the urinals.

Officers said a juvenile victim took a photo of the suspect’s jeans and shoes. Police went into the bathroom and were able to identify the man in the stall as the suspect in the photograph the juvenile took.

Investigators say the man wearing the same clothes was spotted Thursday morning, at a San Leandro 7-11 by an off-duty Berkeley community service officer.

“She saw a man in there dressed in a black dress shirt, black slacks and black shoes. as we reported last night. She immediately took cellphone pictures of that man and his car, called the San Leandro police department, but by the time officers got there, the man had already fled,”said San Leandro Police Lt. Robert McManus.

Police arrested the suspect, a 20-year-old parking attendant, a couple of hours later at his place of work on the Peninsula.

The man, who police said is possibly Hispanic and in his 20s, allegedly asked the 12-year-old boy if he could kiss him in the toy department.

When the child said no, the man allegedly kissed him on the mouth then ran from the store.

“Somebody would be in trouble or dead probably if I caught them doing that to my child,” said Matt Pounds, who lives near the Target.

A Cleves man is facing voyeurism charges after an alleged incident inside a west side Target store.

According to Hamilton County court documents, Mark Klapper, 36, was arrested for looking at a 4-year-old boy’s private parts in a Target bathroom Saturday.

Police say Klapper followed the 4-year old boy into a restroom inside the store and stood at the urinal next to him in an effort to see the child’s genitals.  Court records allege Klapper did this to “sexually gratify himself.”

The victim immediately told his father what happened.  Police say the suspect fled from the scene, and refused to stop for police when a chase ensued.  According to the arrest report, police say Klapper was caught across the street from the store, and upon further questioning, is said to have told police, “I’m sorry I was wrong.”

UPDATE: Sandy authorities have arrested the suspect accused of sexually assaulting a girl at a Target store in Sandy.

He turned himself in after he learned police were looking for him.

Police say he met the child in the video game section of the Pinole Target store two weeks ago. He forced the child to touch his private parts and took him to bathroom where the child got away and ran to his parents.

He’s also accused of trying to take photos of women’s feet at the same store.

Surveillance cameras captured an image of Houchins when he returned to the same store two days later.

ATHENS, Ga. –  Athens-Clarke County police have arrested a 26-year-old man for being a peeping Tom in the women’s room at a Target.

Police say Luis Mesqueda Hernandez was caught on security cameras sneaking into the women’s bathroom at the store Sunday afternoon and using his cell phone to take photos of a woman. The store’s security officers detained Hernandez until police arrived.

SOUTH CHARLESTON, West Virginia (CNN) — A Kentucky man has been charged with the sexual assault of an 11- year-old girl at a Target store.  Surveillance camera images of the suspect leading the girl through the store have been broadcast nationally.

Allen D. Coates, 37, of Irvington, Kentucky, was arrested Wednesday afternoon in the downtown area of Louisville, where he is being held at the Metro Corrections Facility. The arrest followed a “very detailed, very thorough” out-of-state tip, according to South Charleston Police Chief D.W. Dunlap.

Coates has been charged with sexual assault and kidnapping, Dunlap said.